This post was written by my 14 year old (almost 15 year old) daughter Allie.  She prepared this for our co-op chapel and invited the camp manager to come speak too.  It was our last full day of co-op and she wanted to share her summer camp with her friends.  She’s hoping they join her this year!  I’m very proud of her!  She did a great job and spoke from her heart.  Our family has been going to this camp for 17 years!  I can’t believe it’s been so long.  I know it’s cliche, but it seems like yesterday I was sending my oldest to First Chance Camp.  Now she’s graduating college!  Wow!

I have been going to Camp Rudolph since second grade, that makes this year my 9th year going and last year I was able to start being a JC or a Junior Counselor. This past weekend was JC training and the returning JCs, which I am one of them. We were asked to share
1. Our name
2. How long we have been a JC
3. Why we wanted to be a JC and
4. Our most meaningful story of JC-ing.
When it was my turn, I got up there and said “My name is Allie” to which a chorus of “hi Allie” came. Then I continued, this will be my second year JC-ing, I answered the third question with I’ve always wanted to be a JC it was a life goal of mine since I started coming to camp. I wanted to be the role model and their best friend just like they were to me, and to answer the last question I said well my most meaningful memory as a JC is a bit silly, but it has a good lesson. It was at Snowball Camp when I made a funny face from a show I had just watched before I came. I wasn’t even looking at any kids and I only did it once but at the end of the week, some little girls on my team came up to me and asked for me to do it again! That just shows that they are always looking and paying attention to what you are doing.

As a camper I have also had lots of fun doing talent shows, playing carpet ball, four square, and dodge ball. Swimming and hanging out with old and new found friends and doing crafts. There have been plenty of great meals and canteen or snack times, which is pretty impressive for how picky of an eater I am. I’ve gone through ‘normal’ weeks of camp from first chance (2nd and 3rd grade) to junior week (4th and 5th grade), middle school week (6th-8th grade) and now high school week (9th-12th grade). I have also been to ‘specialty’ weeks of camp. I have gone to Wilderness which is in tents and outdoors. I have also done Expressions of Worship in the music group, which has taught me lots of stuff for guitar. I have also done singing and sign language at this week of camp. There are other specialty weeks but I haven’t gone to them. I have also JC-ed Snowball camp which is a week of camp after Christmas and over new years for grades 3rd-5th. I have also JC-ed a First Chance week. I have babysat the camp managers’ kids too during weeks of camp so he and his wife could get more done. I have even helped build a house on the “build day”, when in the morning my Expressions of Worship team started the day off with a concert and skits.

Camp Rudolph is also a great place to grow spiritually. During my first wilderness week I was able to memorize 4 chapters of the book of James, and at an Expressions week I memorized 1st Corinthians chapter 13, and plenty of verses here and there through the years. At Expressions I was able to commit for the first time to follow the cross everyday which at that point was something I had been putting off. Every morning at camp I have done a devotion and always learn something from it. More than once a day I have sang my heart out to the Lord during worship. I also have poured my heart out in prayer at this camp and there has been so many amazing lessons through skits or just talked or even energetically or humorously done.
The latest lesson was how awkward it must have been when Jesus washed the feet of the disciples at the last supper, because the people he picked for his last meal were going to deny him 3 times and betray him and all this stuff. Then he washes their feet he becomes a servant to them. One of my favorites was last year at high school week on the last day when we all circled around a cross on laying on the floor and sang what the angels are singing in heaven.

View all posts by Trish Hackett

This site uses Akismet to reduce spam. Learn how your comment data is processed. 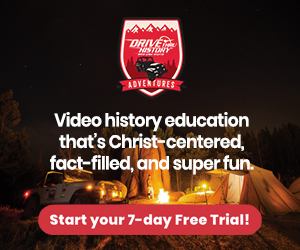